GET DOWN AND GET YOUR GROOVE ON LIKE FLEA, PAUL MCCARTNEY AND BOOTSY COLLINS 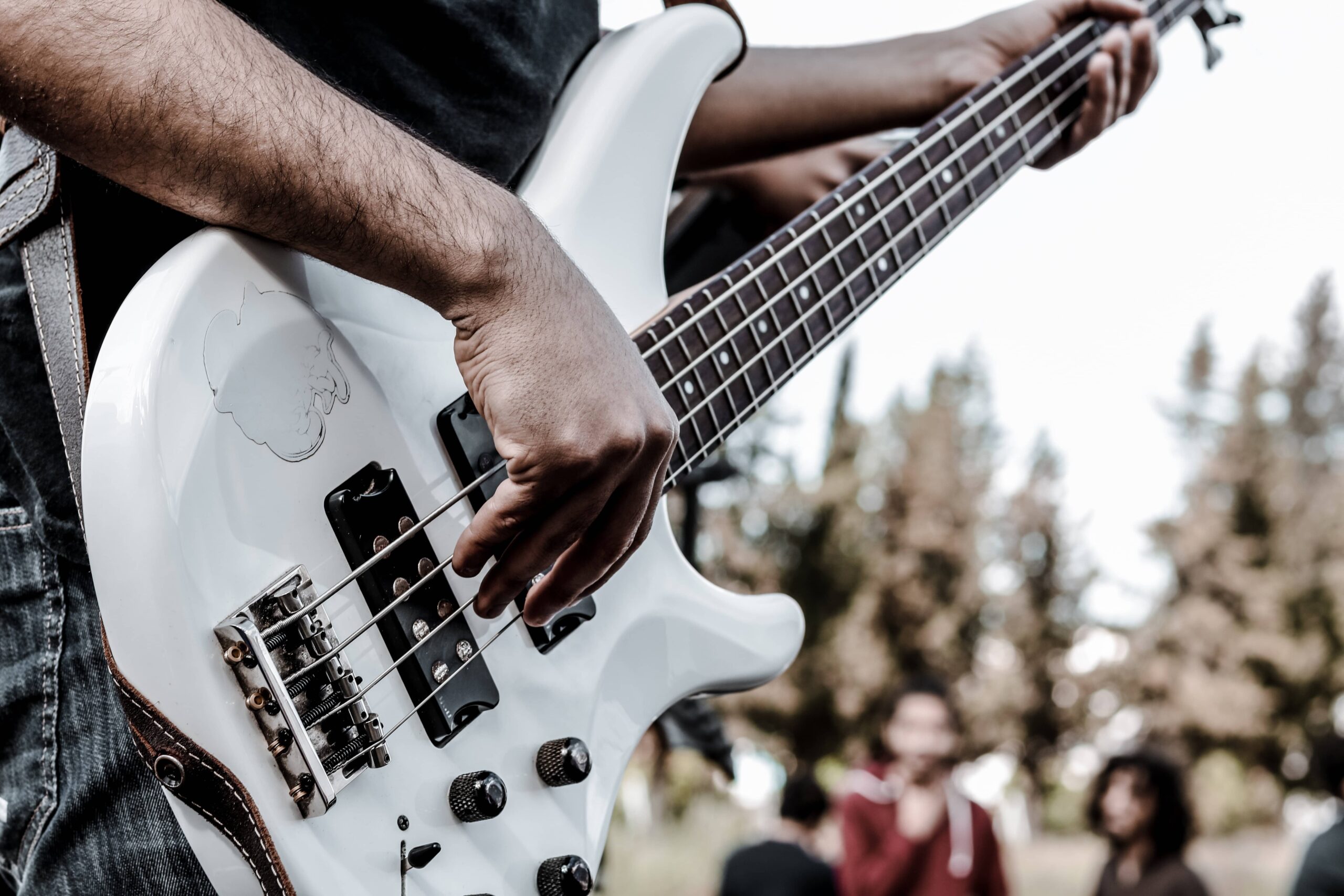 The bass is the lowest-pitched member of the guitar family and provides the bedrock of all popular music. Most of the best bass players are praised for the simplicity and efficiency of their playing, rarely playing anything flashy or difficult. The bass line is to serve the song and often remains unnoticed unless specifically listening out for it. Because of this, many people are confused as to what exactly the bass does and is for, but with just a few pointers on technique and theory, a huge world of songs becomes yours to explore.

It is the main instrument in certain styles, such as funk and soul.

Whilst similar in appearance and construction to an electric or an acoustic guitar, it has a longer neck and scale length, and typically four instead of six strings. Often, the bass is overlooked in favour of the guitar, but it is a fantastic instrument that we think all guitarists should have an understanding of.

Whereas a guitar player might have several guitars, amplifiers and fx to create all the sounds they want, One of the beautiful parts of bass is being able to play different styles of music without huge changes in equipment or technique. Generally, the tones and techniques used to play bass stay more consistent through different genres, styles and songs.

What will I learn?

How to create your own bass lines

Whilst a catchy melody is arguably the single most important element of a song, it’s also seriously beneficial to pay close attention to the bass line too. We’ll teach you how to create your own bass line from a chord chart using root notes.

For example, the chord C Major has a root note of ‘C’, so we play a ‘C’ bass note. The G Major chord has a root of ‘G’, so the bass line follows with a ‘G’ note. Following this structure, you’ll be able to craft a simple bass line to play. Add in two more notes in the Fifth and Octave (it’s easy!) and you will be playing funky basslines in no time.

Plucking with fingers or a pick

Whereas guitar players often use a pick to pluck the strings, bass is usually played with fingers on the plucking hand instead, as fingers touching the strings gives more control over the sound produced. With no pick insight, there are the options to play ‘normally’, pop, slap, and other subtle ways to coax different sounds from a bass guitar, most of which are denied to you if you are holding a pick. Sometimes a pick is employed, especially if playing heavier rock styles, where the attack and brightness of a pick is desired.

Slap bass is indelibly linked to funk music, where the bass often takes the lead and is the star of the show. Slapping on bass guitar involves using the edge of one’s thumb to quickly strike the string, whilst popping refers to pulling the string and quickly releasing it so it snaps back against the fretboard.

On the bass guitar, the technique is widely credited to Larry Graham, an electric bassist playing with Sly and the Family Stone in the late 1960s. The technique quickly spread to the funk and disco genres – it’s a great technique to play about with whilst you’re learning!

Two great examples are Higher Ground by the Red Hot Chili Peppers, and Get On The Floor by Michael Jackson.

Rockschool & Trinity
For each grade, you will need to choose 3 songs to play in your exam. Click on each below to see what your choices are!

Ready to get your groove on? Get started with the bass guitar today!